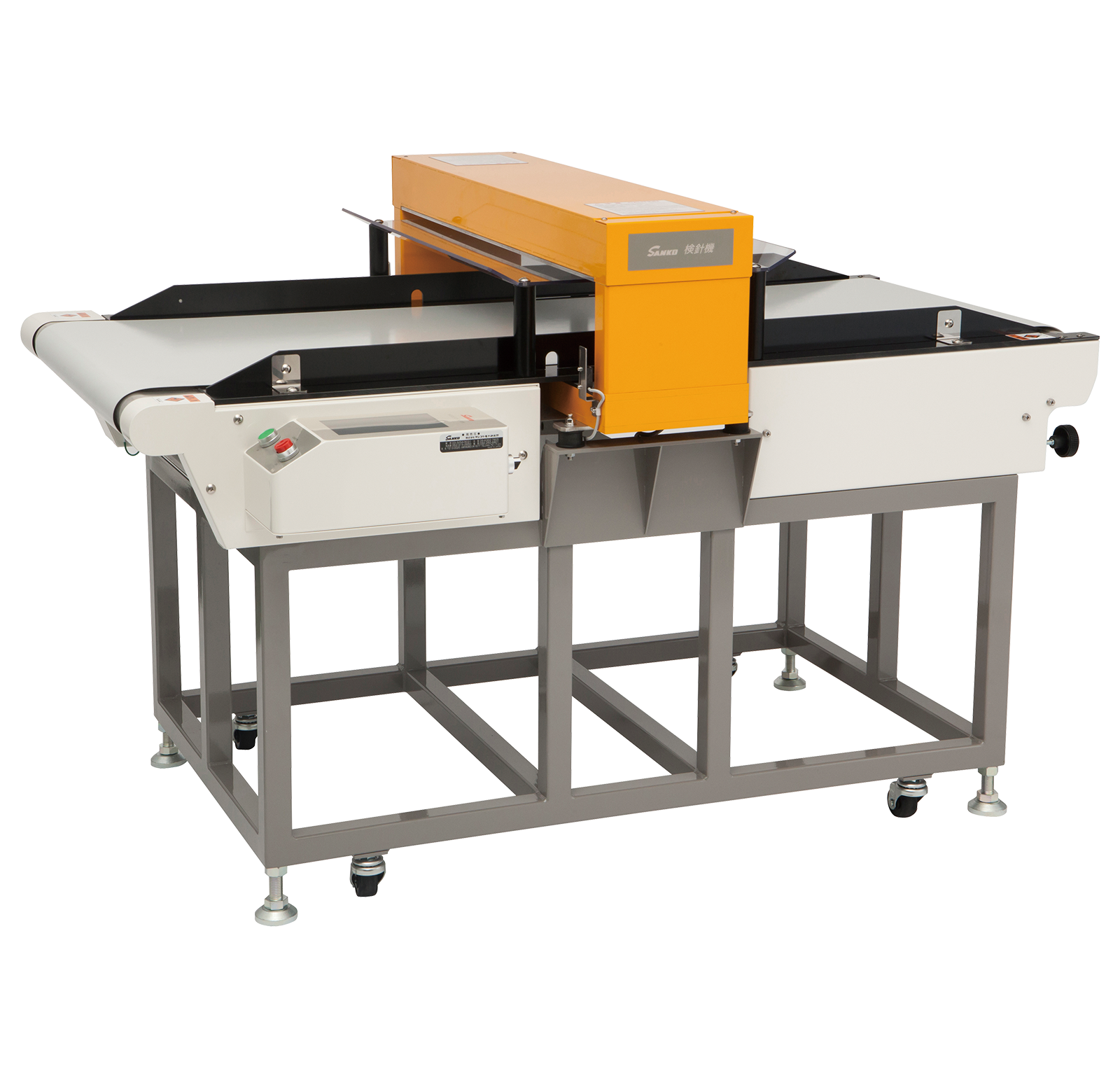 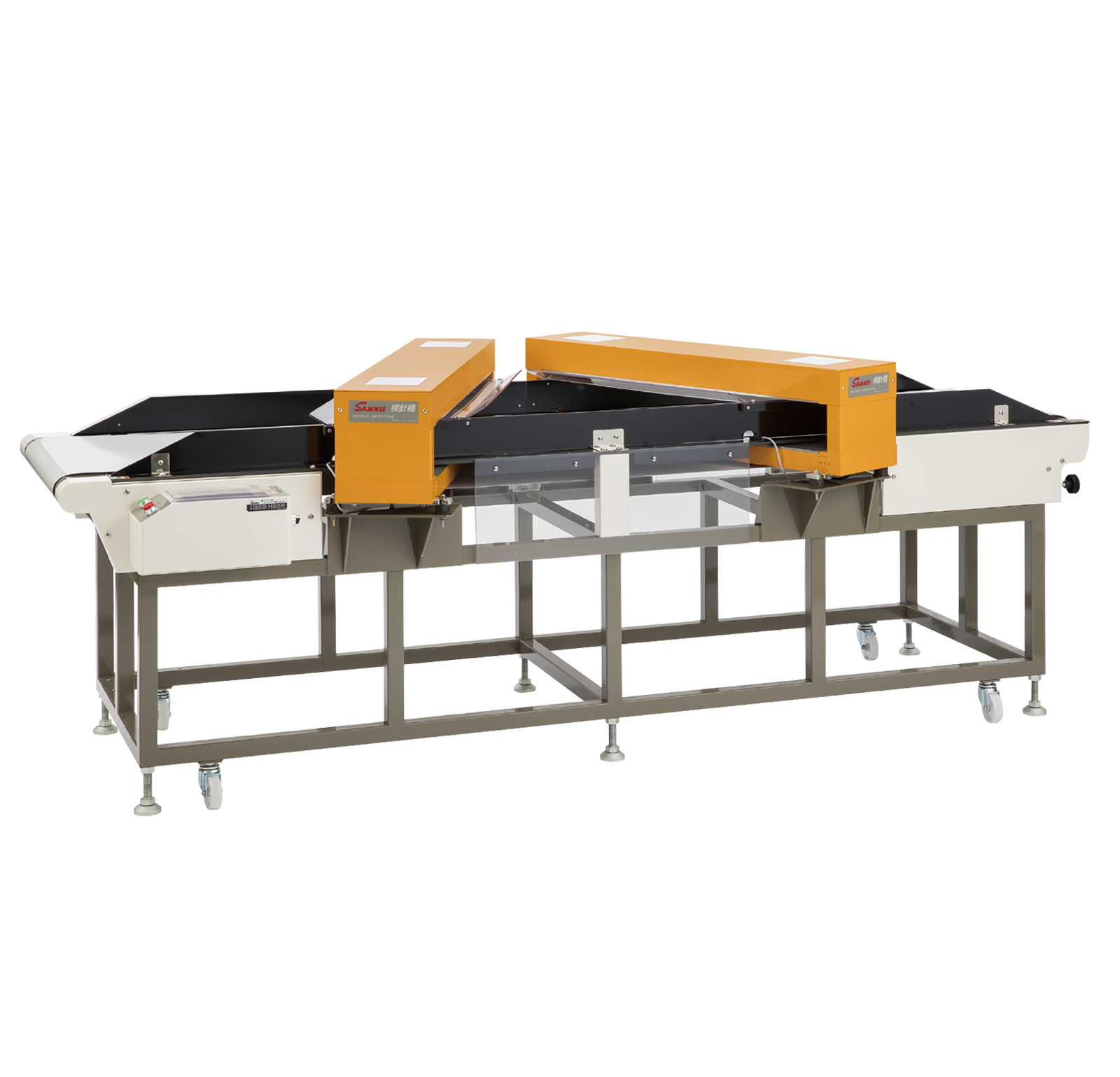 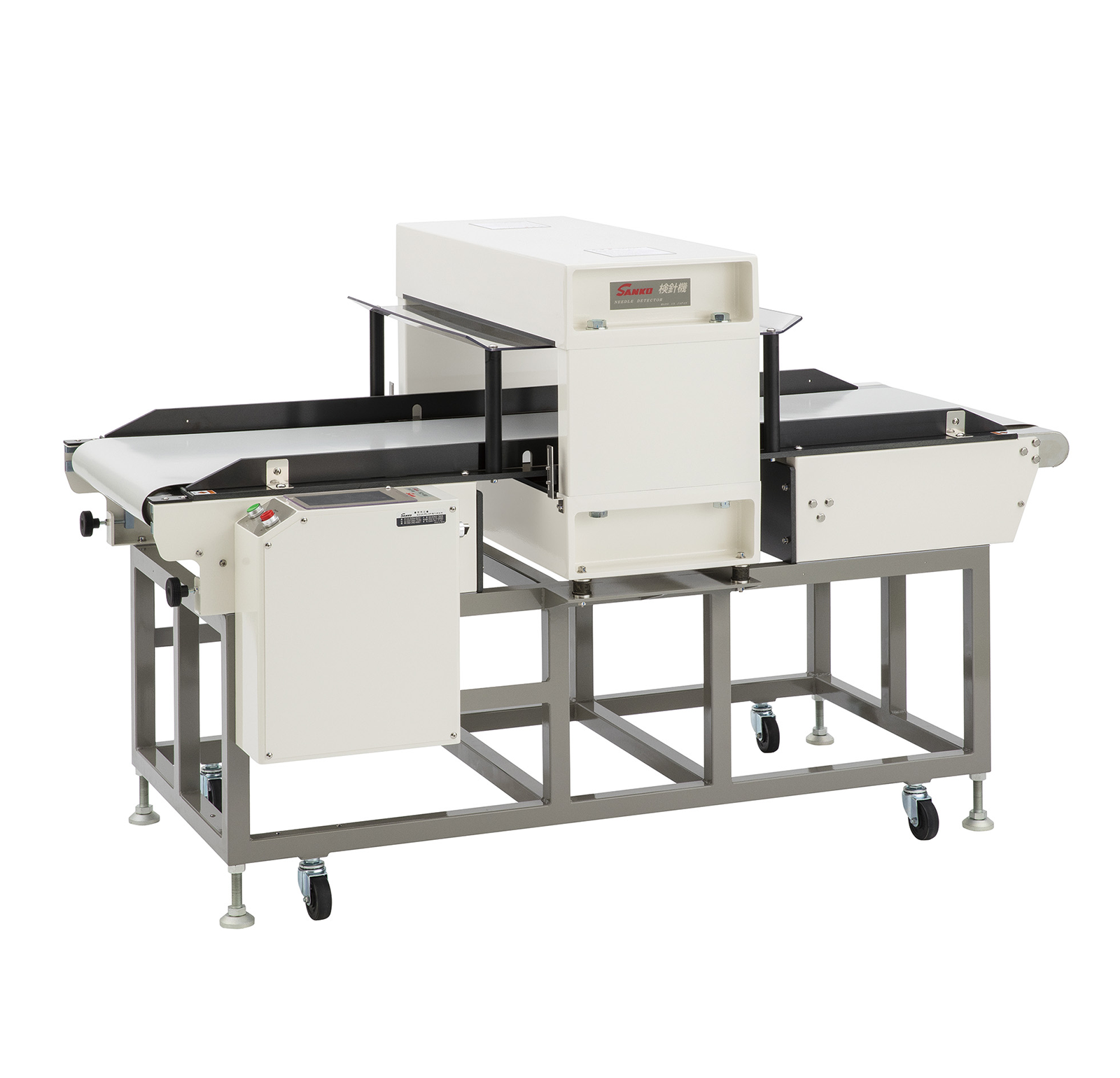 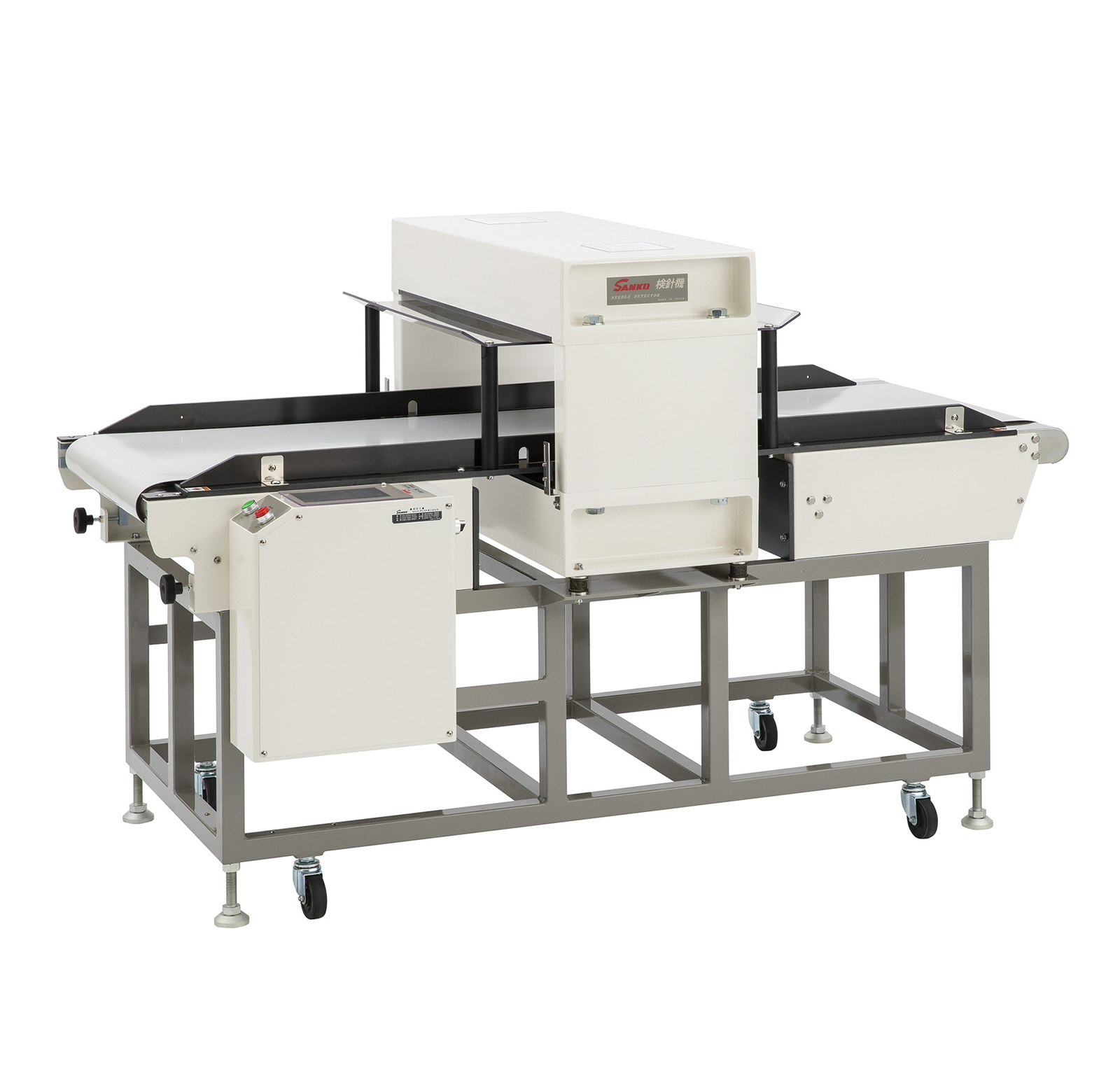 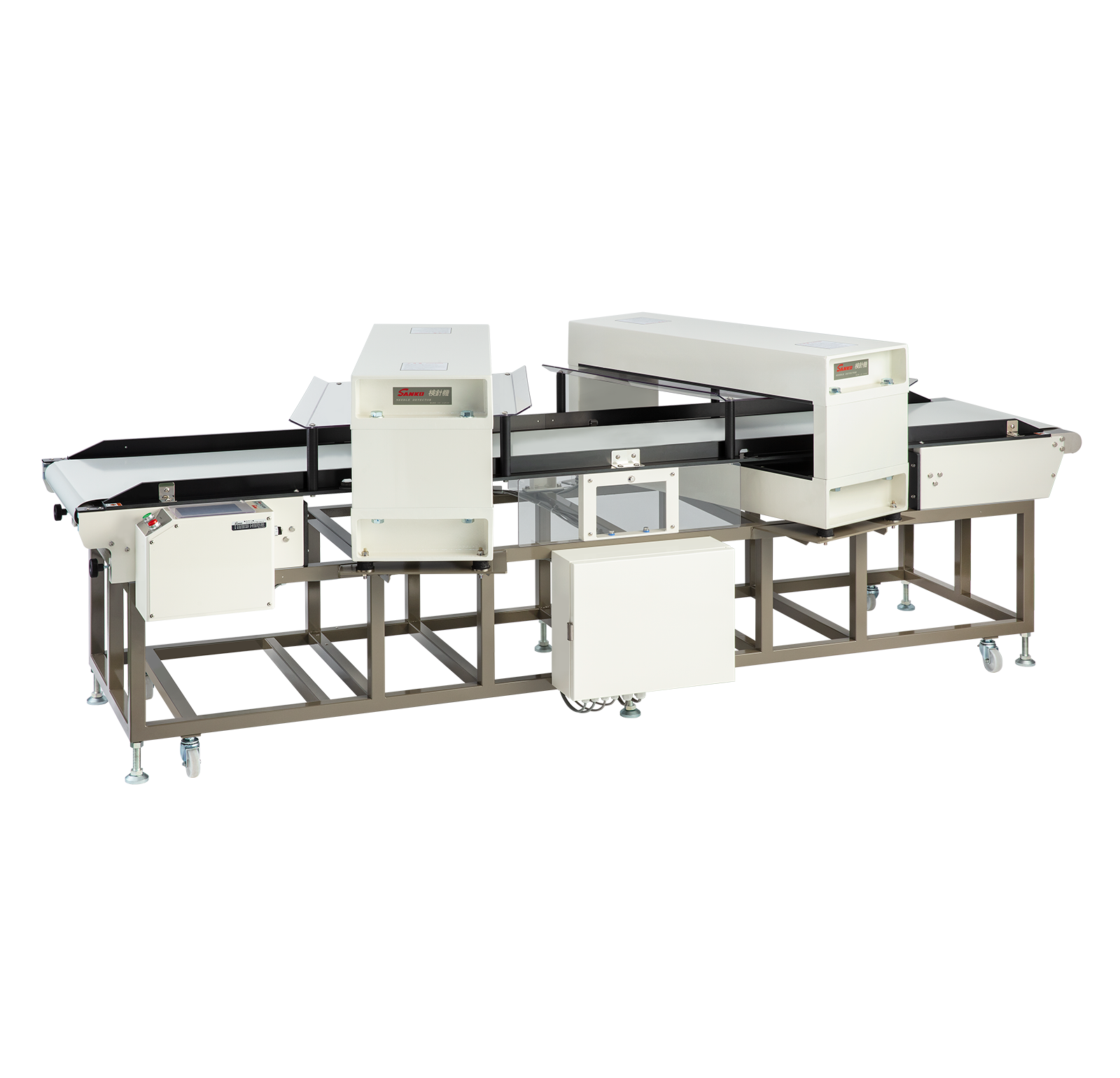 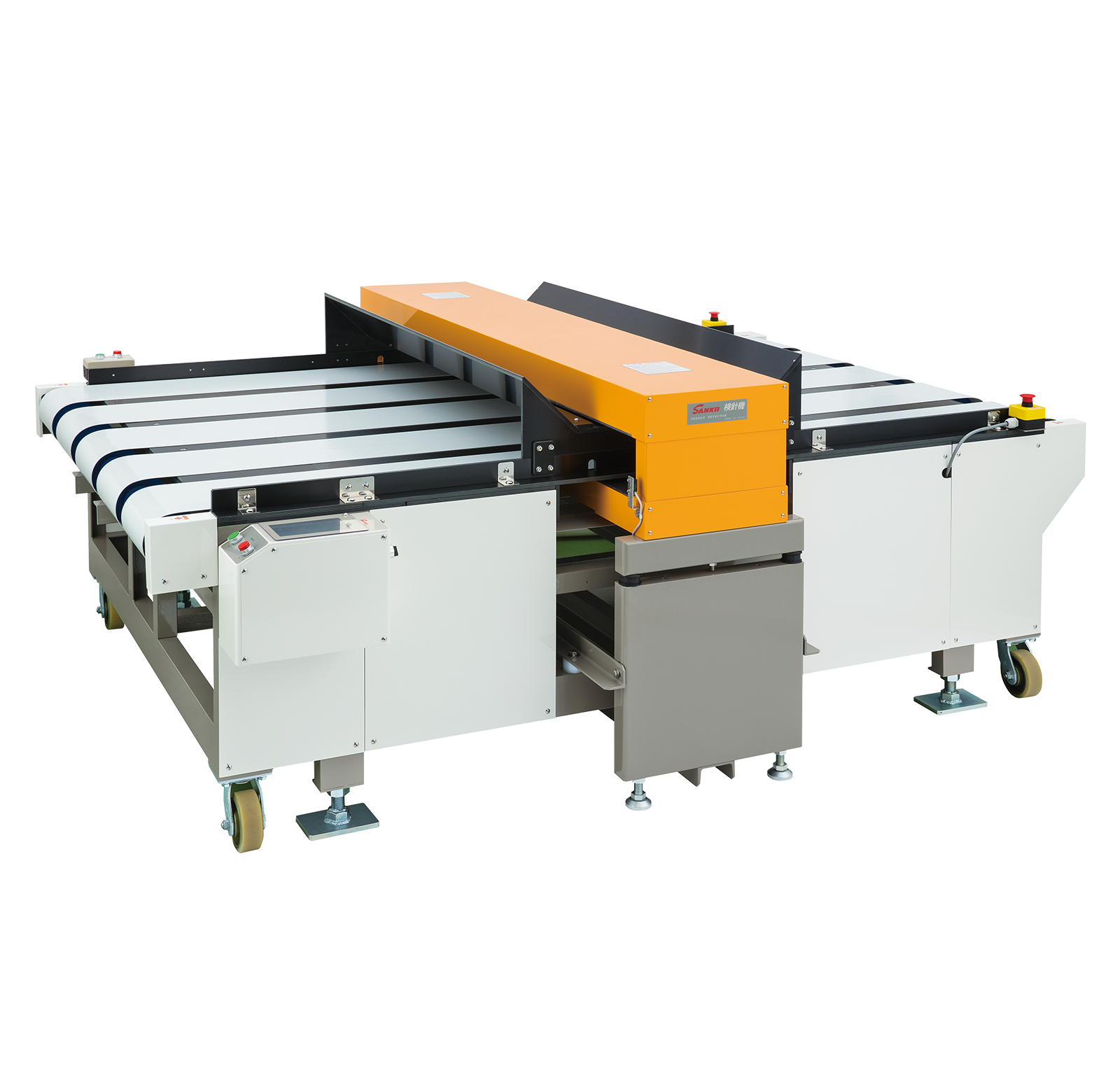 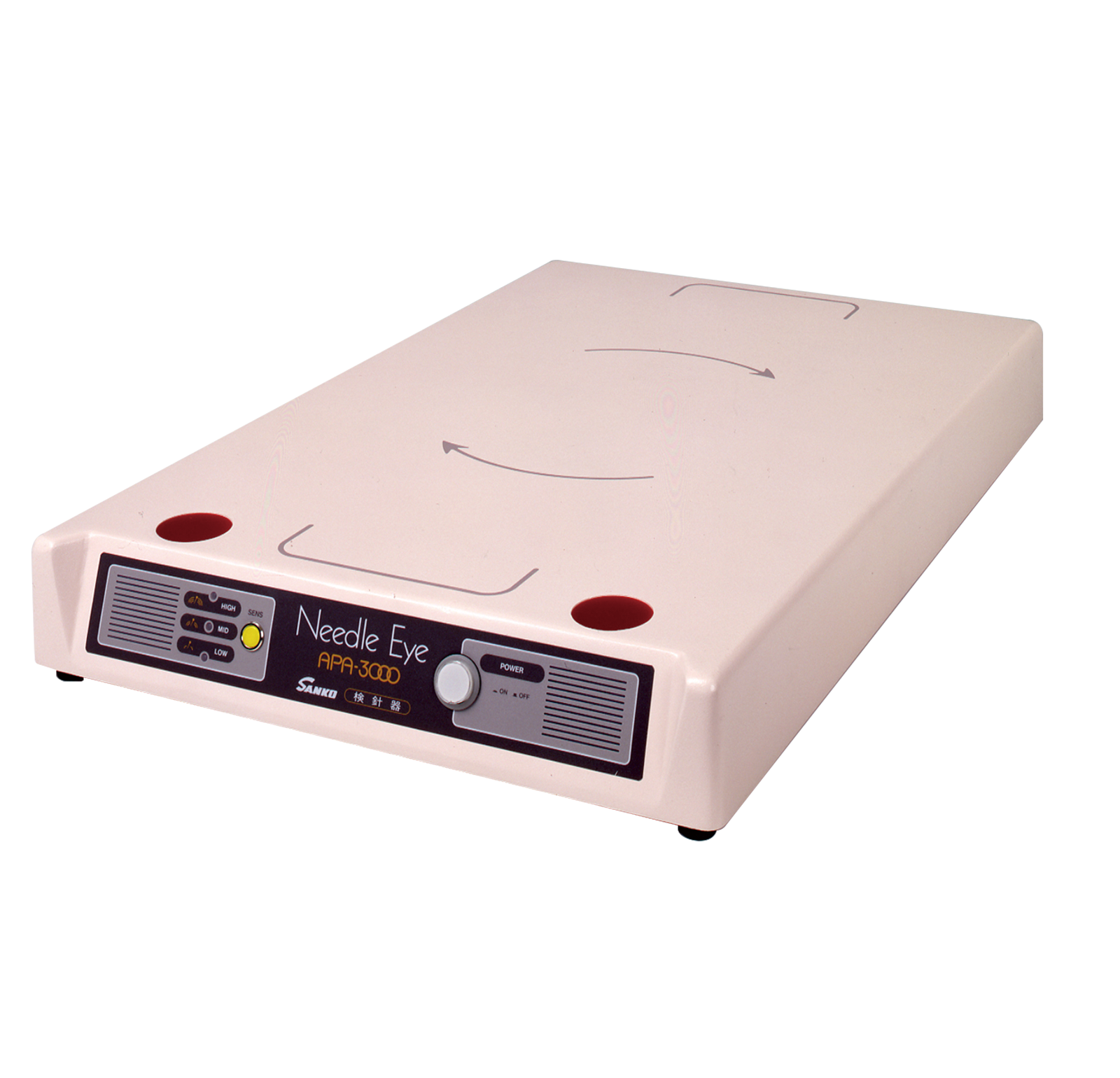 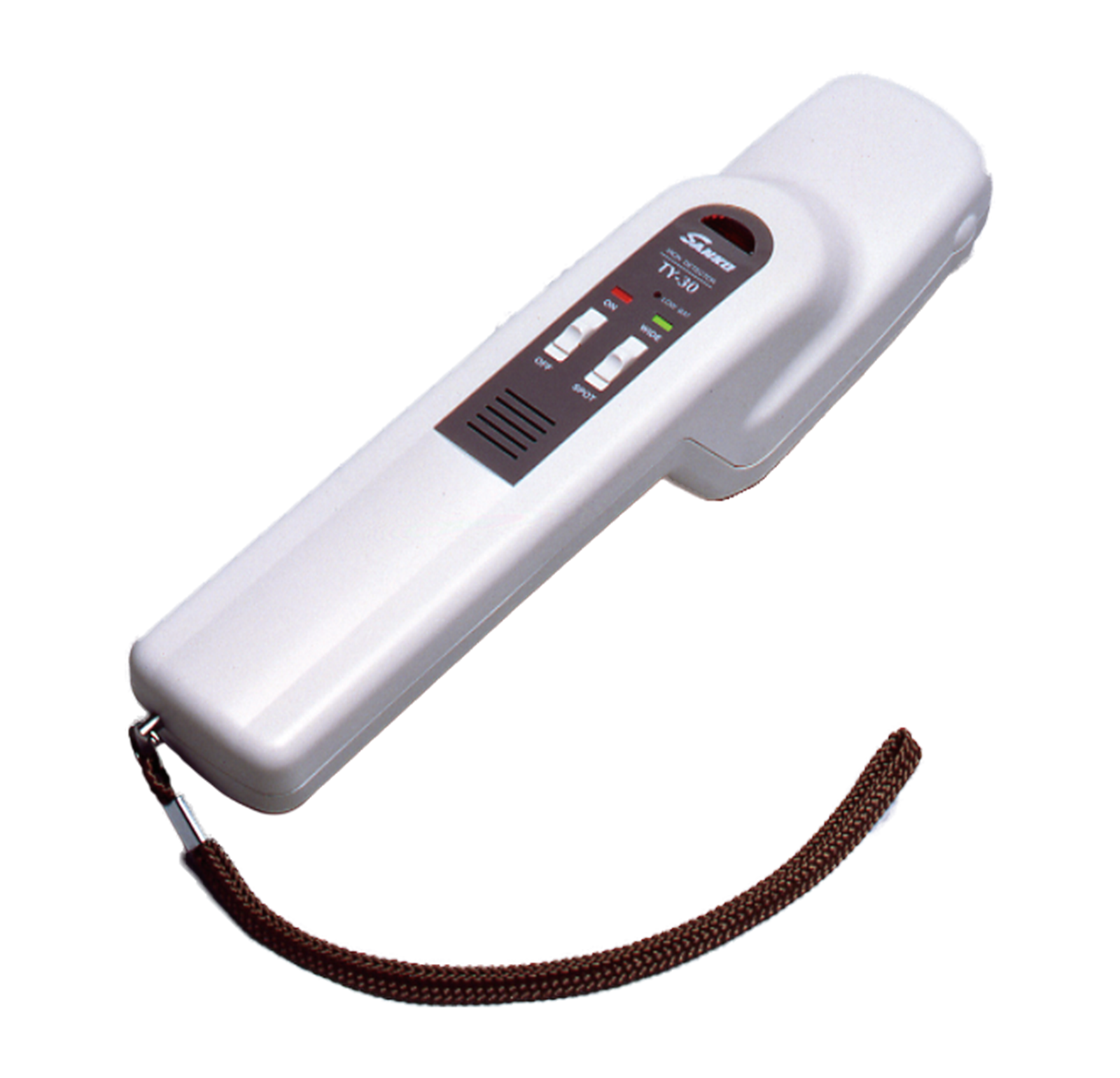 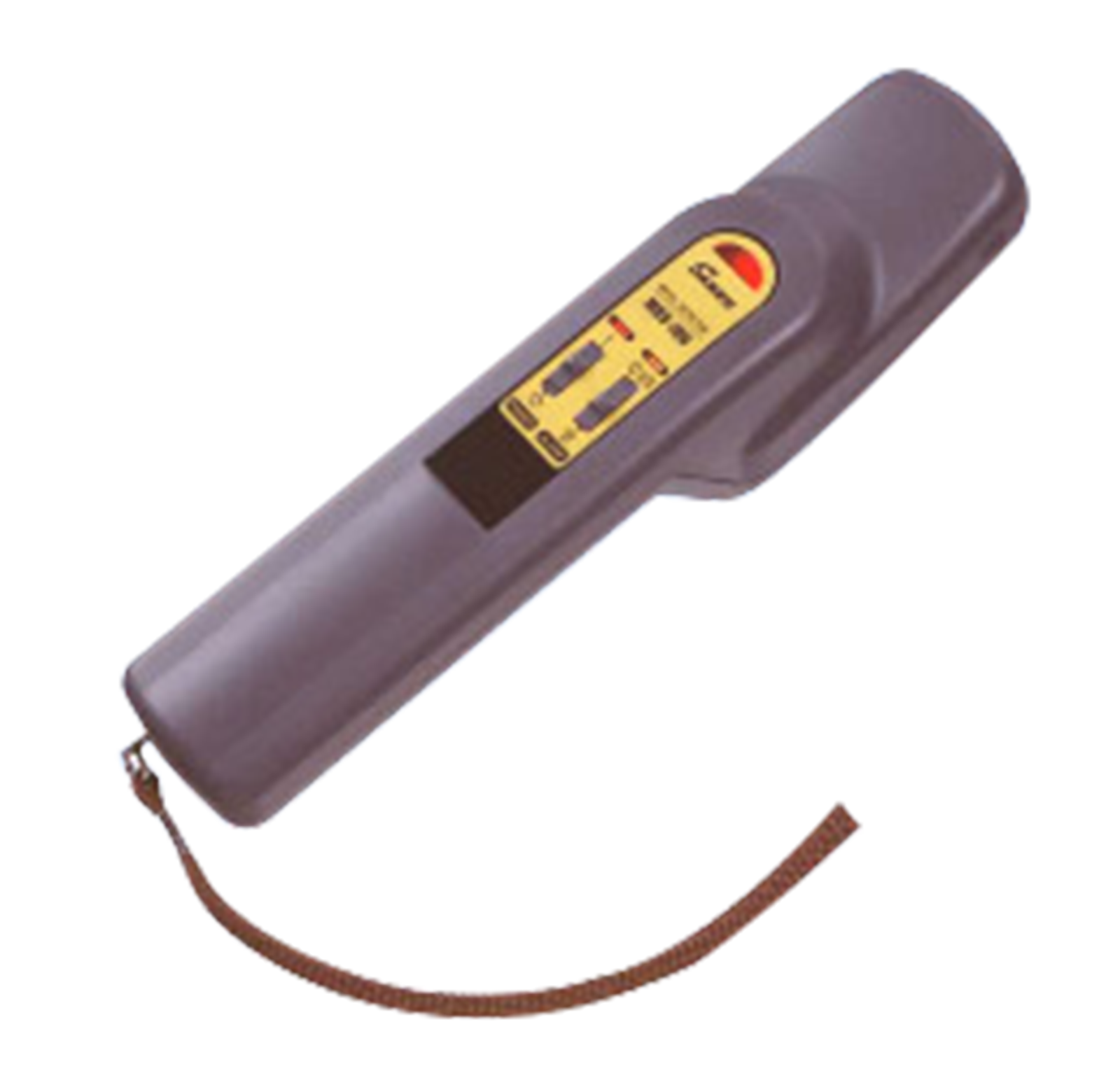 the most suitable type can be selected for each application out of the various kinds of detectors from handheld to on-line types.

small needles and iron pieces can be detected with high sensitivity and trouble free high reliability.

even beginners are able to operate the detectors only by switching on. Needle detections and inspections can be carried out without any complicated adjustments (except for some types). Detection of needles, snapped needles strayed in sewing products in apparel, Kimono, bedding and so on. Medical use such as simplified inspections of X-ray to needle like iron foreign substances, removal of hairpins prior to MRI inspection. Security use for detection of dangerous weapon in bags such as hand baggage, parcels and gifts

When an iron piece (magnetic body) like a needle moves in a permanent magnet, minute charges of electricity are generated in the detecting coil.

By amplifying the electricity and
converting it into lights or sounds,
that causes signals to be transmitted to users.

By amplifying minute changes of the magnetic field, that causes signals like alarm to be transmitted to users.